Don’t make this mistake when building your funnel 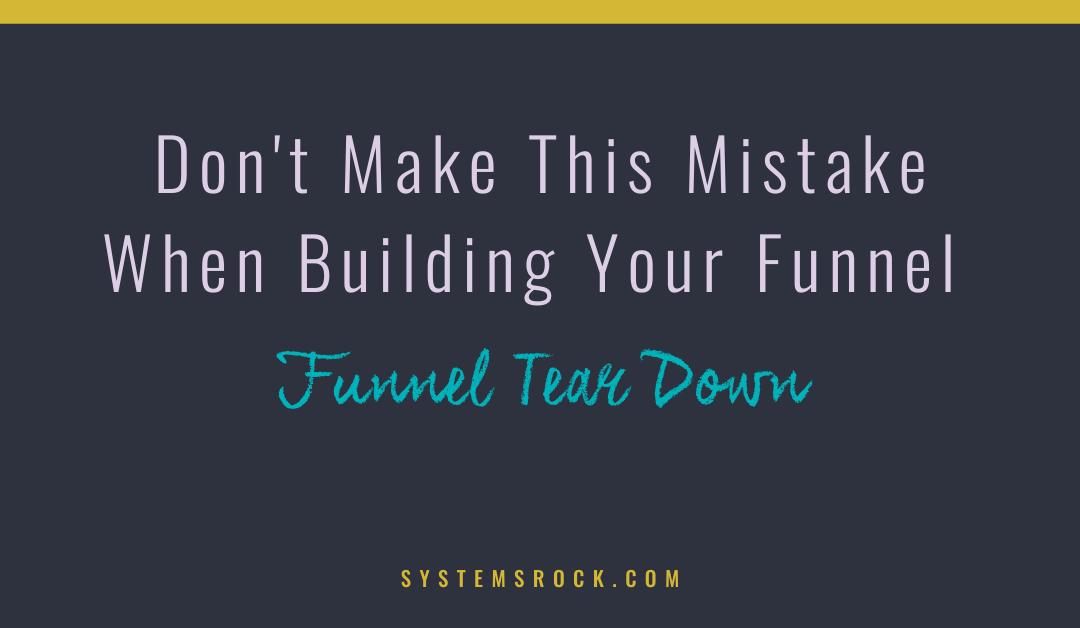 Building funnels takes massive amounts of work. It’s mind-boggling to think how many parts of even a simple funnel have to talk to one other to seamlessly guide the prospect from one part to the next while creating a favorable customer experience.

It’s a lot to assemble and keep track of.

But that’s not the part that trips most funnel builders. The part that many business owners skip is setting up a system to automatically measure every step of the funnel.

Building such a system requires:

When you have such a system in place, you can easily see if your funnel doesn’t have any leaks, or, if there are, take targeted action instead of going on a hunch.

And now, exercise time. Take a look at today’s Tear Down and let me know which of the above-listed requirements Gemma’s tracking system might be missing.